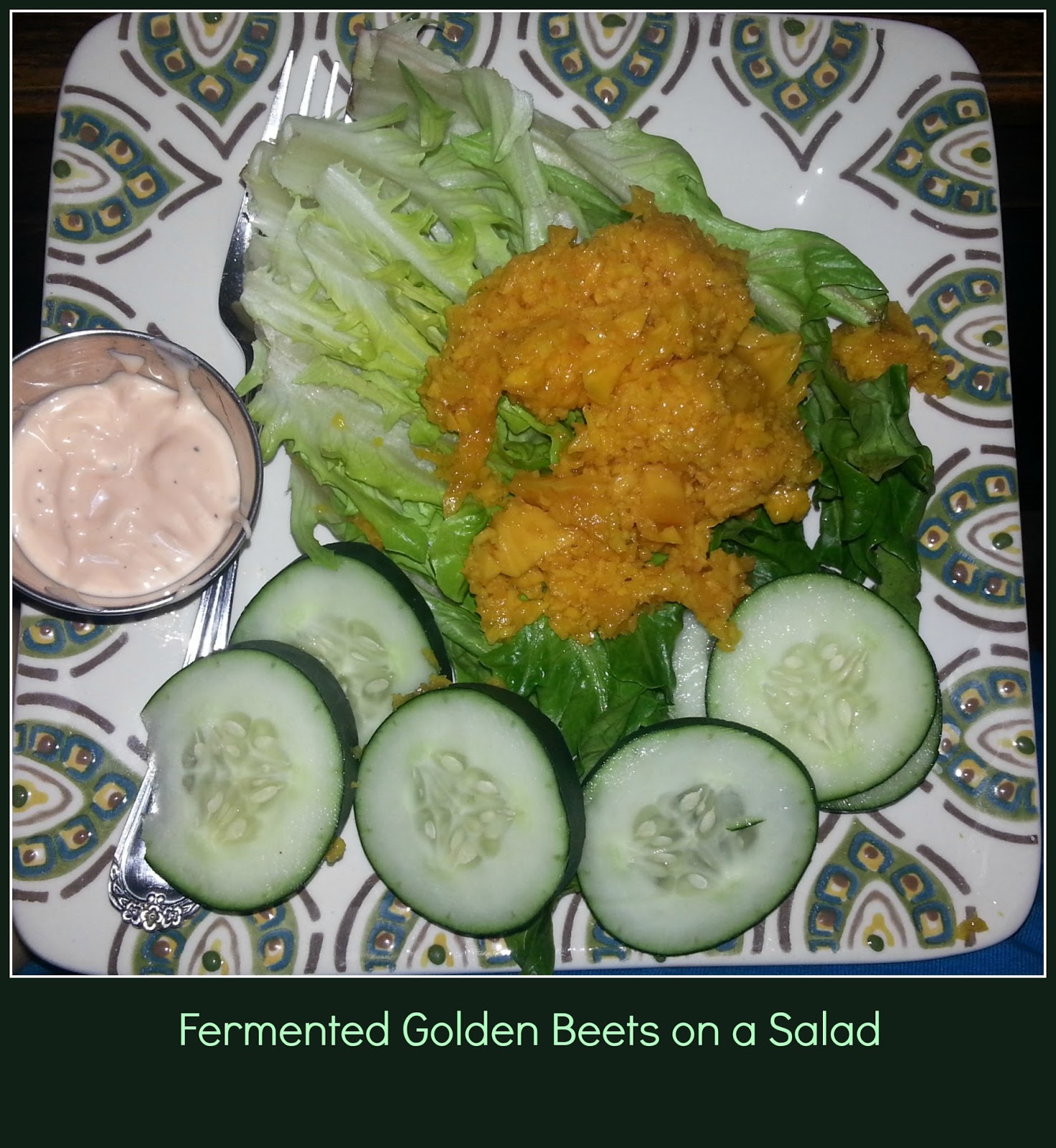 I love beets.  I love to eat them.  I love to drink beet juice.  I especially love the way they turn everything pink or reddish purple.  At least the reds ones do.  The golden variety are a bit more laid back.

I go through beet greens pretty rapidly, leaving me with far too many beets, so I decided to give fermenting them a try.

I cut them into bits - about 12 of them I think.  Then I tossed those bits into the Ninja (food processor) and made tiny bits.

After I grated them, I mixed them in a bowl with a little less than a tablespoon of pickling salt.  Squished them around good to get the juices going.  Shoved them into jars and did what I could to get any extra air out.  Stired it a bit with a chopstick, then pressed it down good (coffee tamper) and finally banged it on the counter - flat on the bottom - dislodge any air.  tamped it again and then decided to try the olive oil on top thing for a makeshift airlock.

I didn't think to take a photo.  I used two old salsa jars.  This one has a stubborn label, but we already ate the other one, so you can't see a photo of the good looking jar.  LOL  We've eaten a lot of this one too.  :-) 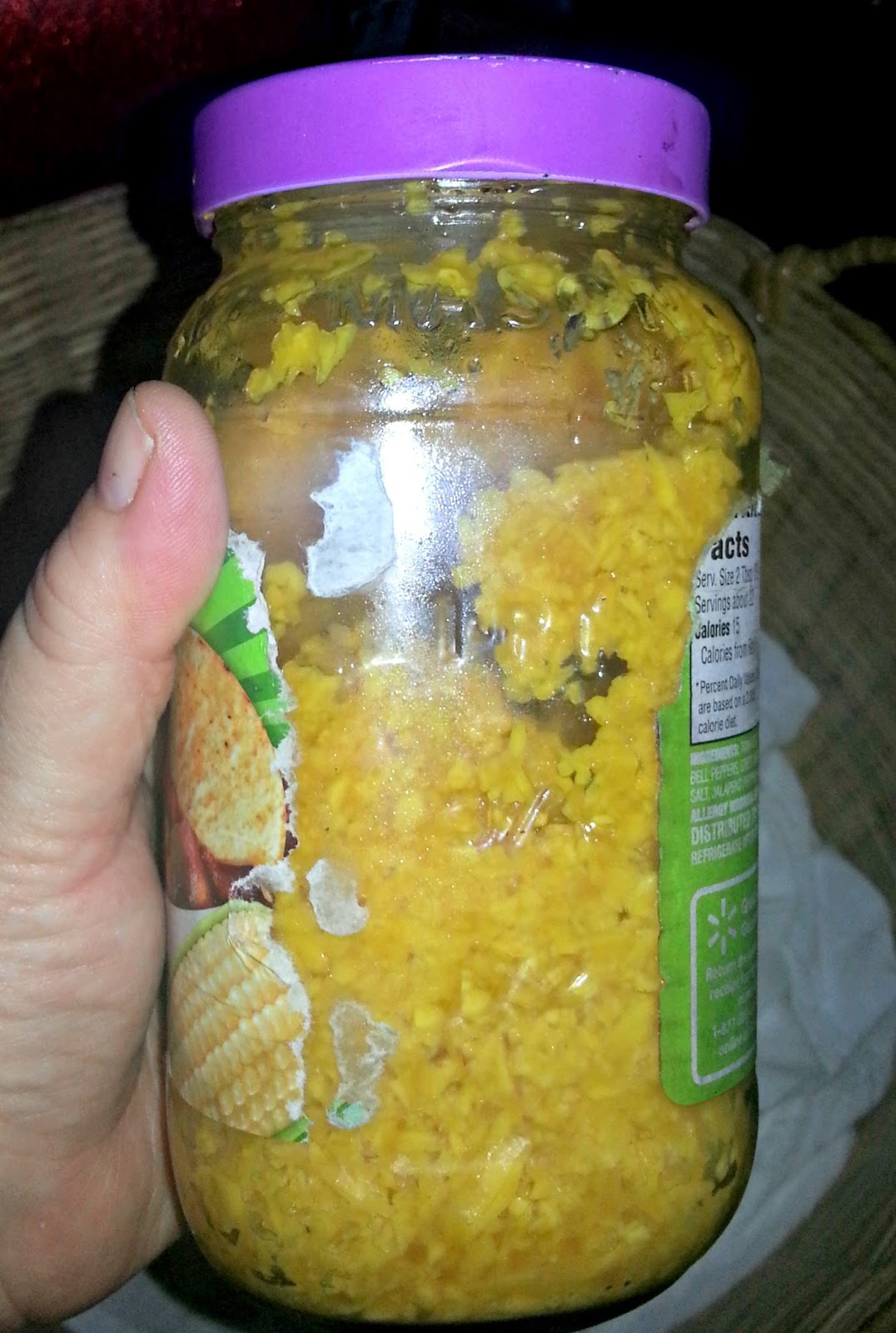 As a precaution I put a shallow pan with a washcloth under the jars.

good thing because that was a MESS!!  As the beets got bubbly the oil was pushed up and out.  I would burp it and oil would be all over the place already.  Maybe oil in a salsa jar is just going to do that because the seal isn't super tight.  After a week I decided to try them.  Soft and tasty with just a bit of crunch.  Very yummy.

I had ground up too many beets.  This is what happens when air gets to them.  These beets turned green after 3 days in the fridge with no oil on top.  We didn't eat them, just took a picture to show why oxygen is not your friend when fermenting veggies. 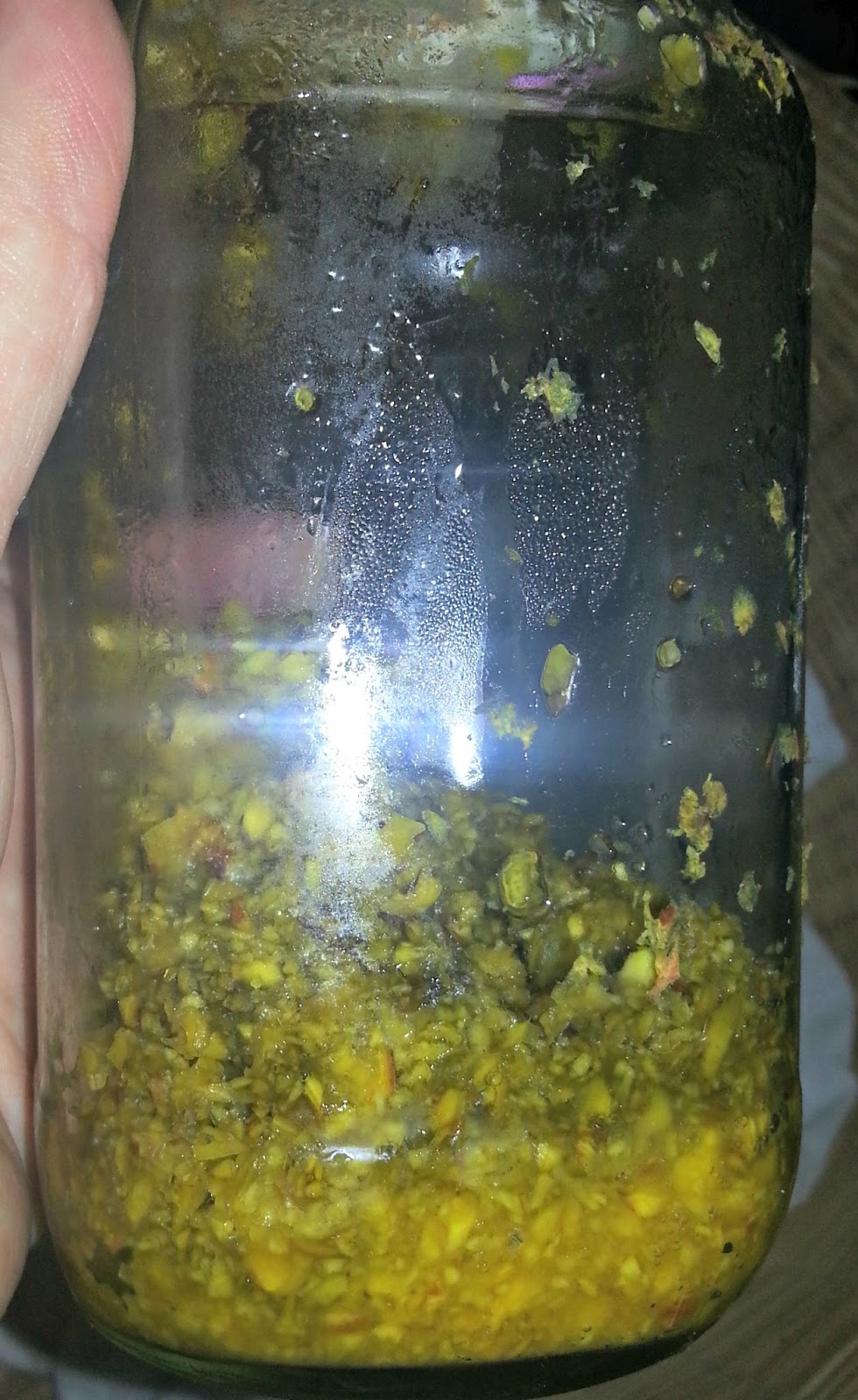 Love the beets, don't care so much for the olive oil thing.  I want an air lock system, but I am a) cheap & b) impatient

I went to the brewing store and bought a couple of airlocks for less than $2 each.  Picked up some #2 drilled stoppers too.  Don't remember how much, but very cheap. 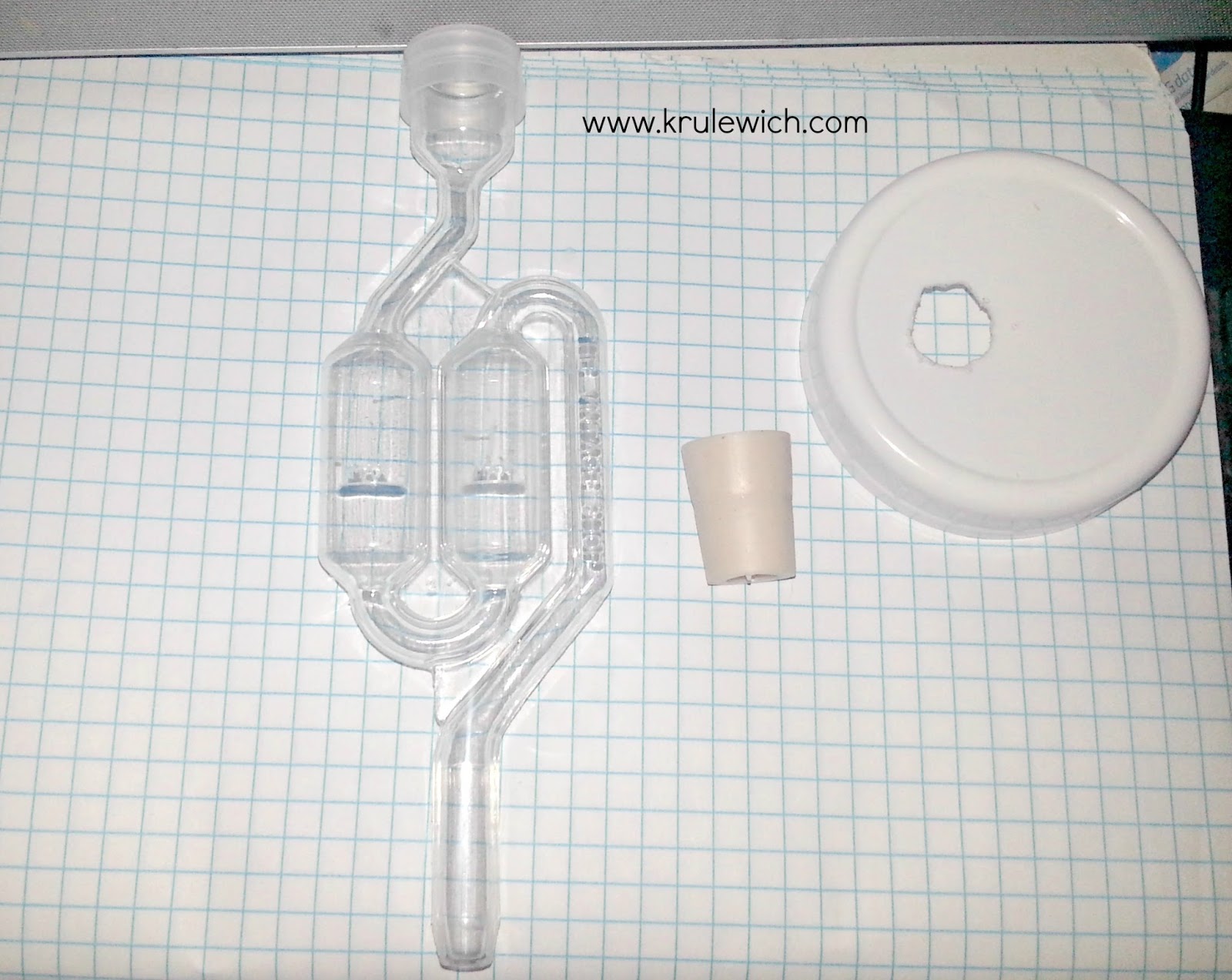