Near disaster with the yogurt

I was making this week's yogurt when I almost lost the whole batch.  I was using the oven for incubation.  Turned it on until it got to 100 and then turned it off and shut the door.  It works because even after I turn it off the heat builds a little bit more, but not too much.  My oven won't go below 200 as a setting, but it does have a thermometer that lets me know how hot it is.  But last night it just went haywire.  Even though everything was turned off the broil came on - heating my yogurt up a LOT.  I caught it before it was too bad, maybe 150 or so, but that will kill the yogurt.  Turned the oven off at the breaker (no desire to have a house fire) and put the yogurt in the fridge while I figured out what to do.  It was pretty runny.

After it cooled down enough I decided to add more starter - also known as more yogurt.  Then I incubated it in a cooler and this morning I have a pretty good batch.  Not as firm as I would have liked, but not milk either.  It's not pretty but it's roughly as thick as say, Dannon.  I like super thick yogurt, but I'm happy to have saved it the batch - that was a gallon of yogurt after all! 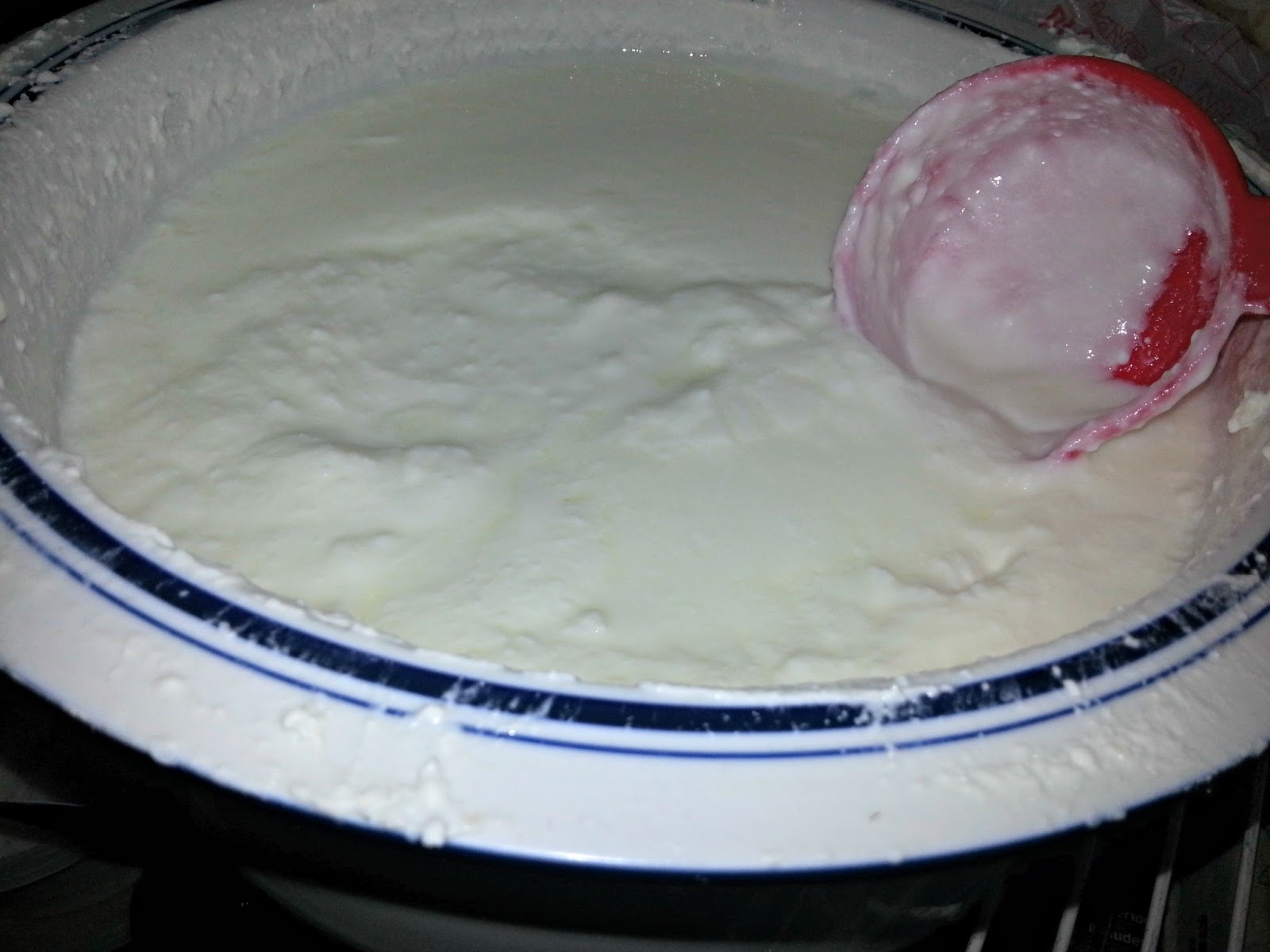 I didn't wipe the dish down, but I wasn't feeling terribly motivated.