My Year in Coffee

One of  my resolutions this year is to log the coffees I try and the ones I roast.  For a couple of months I've been showing a new cup a day and I will keep that up.  Additionally I will make notes on the coffee drink and the beans I roast.  Much easier to remember what I like if I write it down.

January 1 started with a mocha at midnight. The cup was a gift from my oldest daughter.   On the other side is a photo of my girls & I hugging.

I used Major Dickason's blend from Peet's Coffee & Tea. Maybe at midnightI should have used a decaf, but this stuff does make a nice shot.  Unpasturized whole milk from my local farmer. -- I buy my milk from the back of a van in a parking lot.  Makes me feel dagerous!  :-)  --  I made a cinnamon espresso sauce which doesn't show up well but it's there on top.

I like Major Dickason's.  It's consistent and tasty.   They also tell you when it was roasted on the side of the bag.  Something that is important to me.

Today is Jan 2 and my coffee for today is from Oddly Correct here in Kansas City. 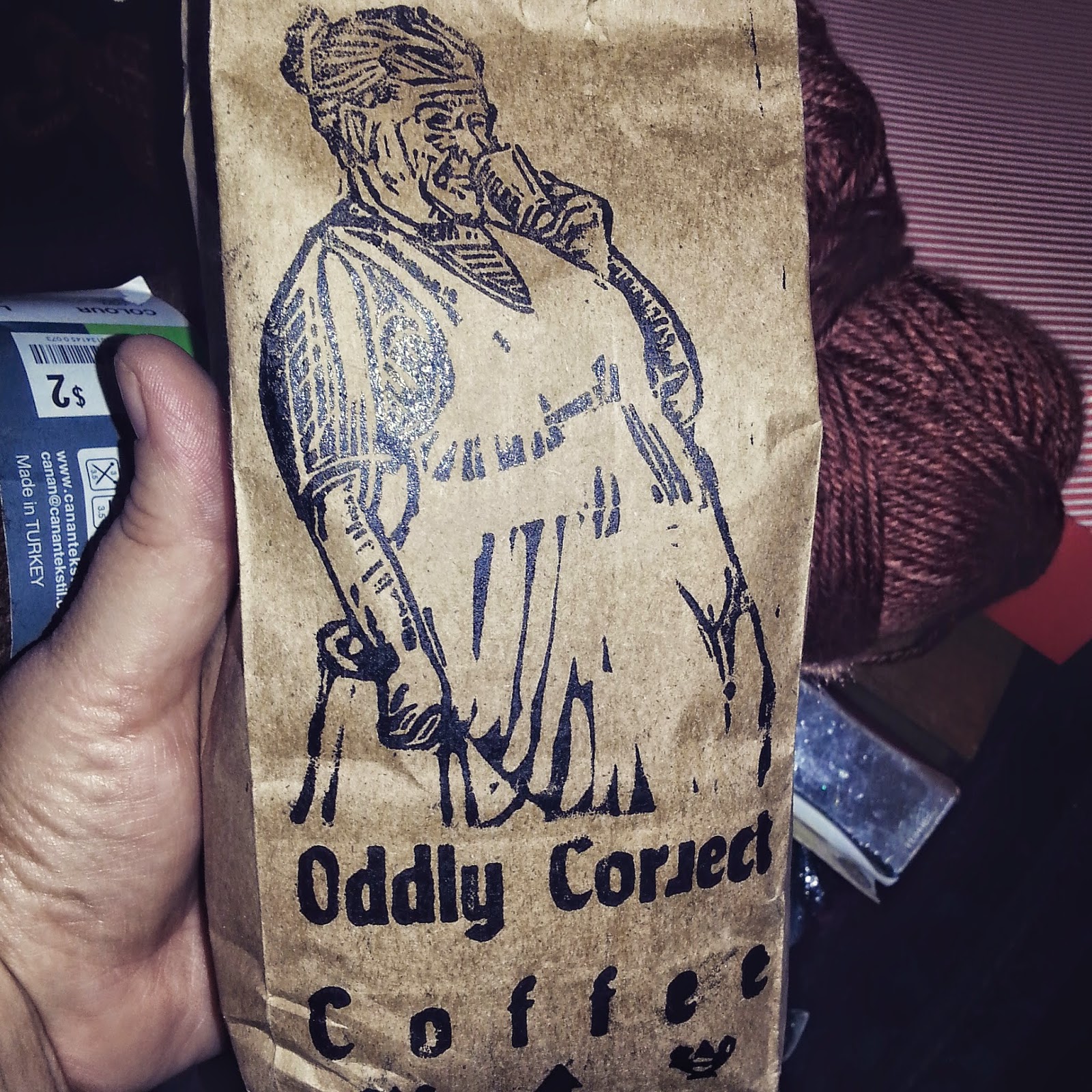 It's from Costa Rica and gettng close to 2 weeks old so it's time to use it up.  It's Finca Chayote that was Honey Process from Villa Sarchi.

I don't know that I tasted the red grapes & cranberries as suggested but I do taste roasted nut and something slightly sweet.

I made it with a pour over.  Nice head of crema and a good aroma. 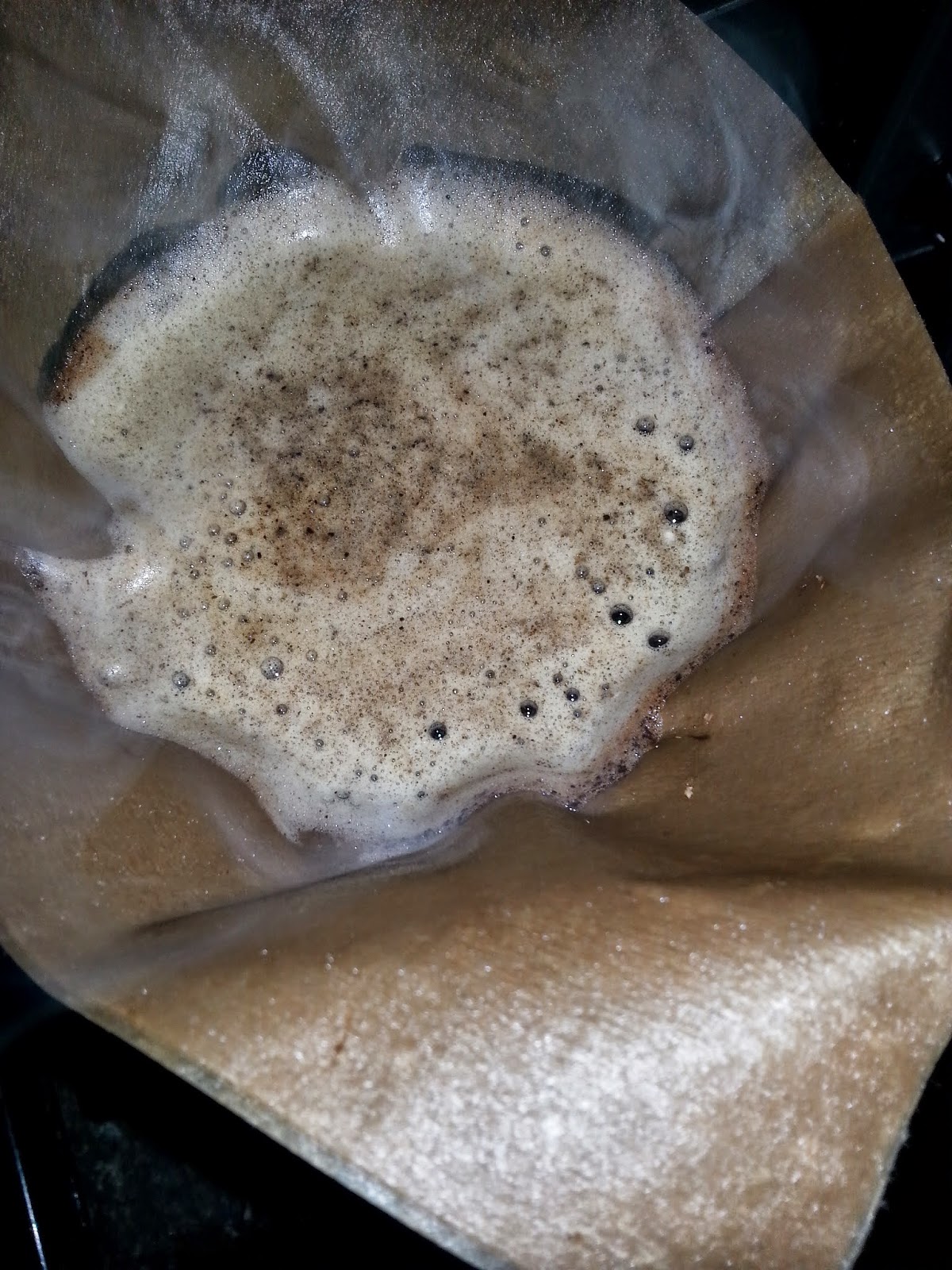 The cup is a vintage mug that perfectly matches my non vintage stoneware set. 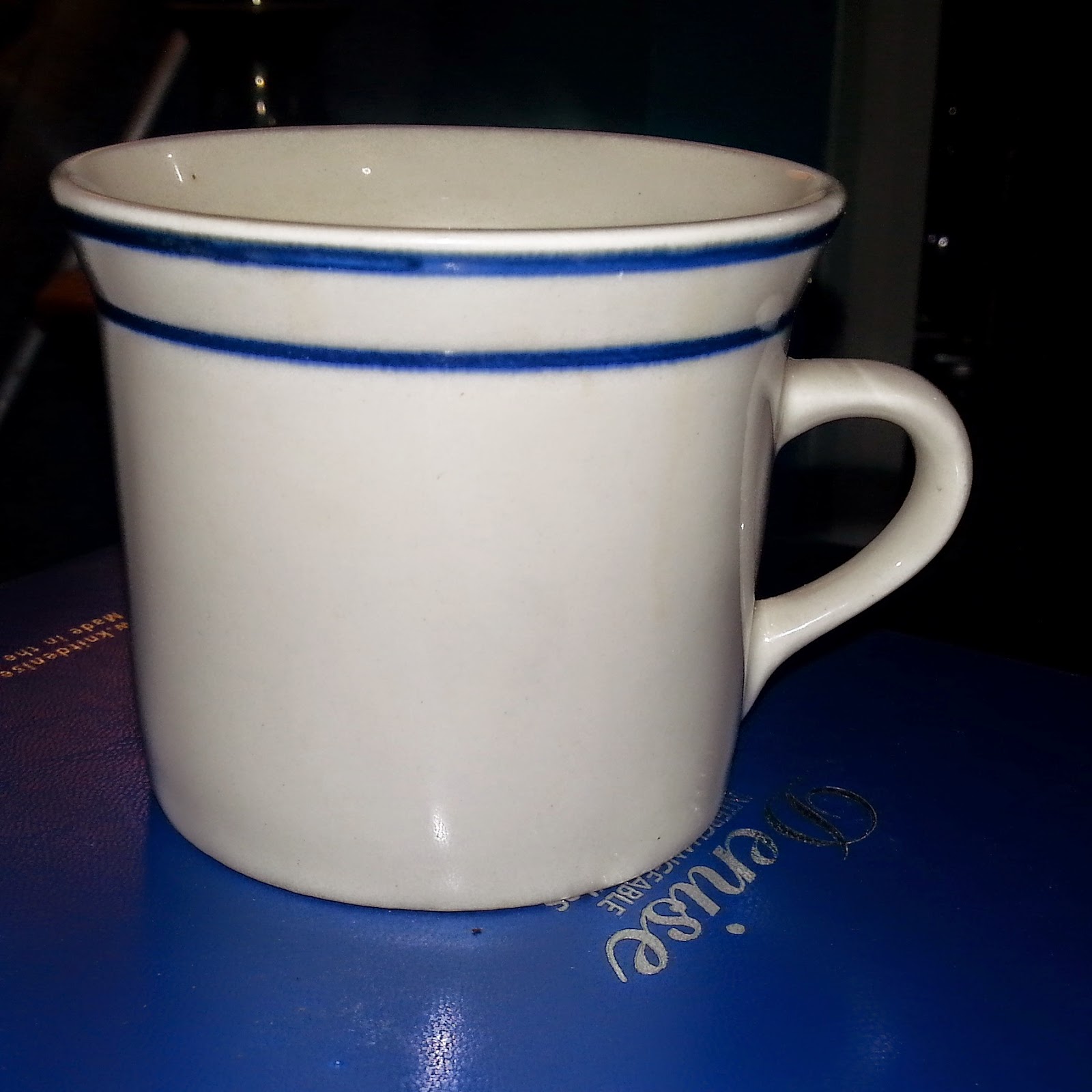 This mug is one I have duplicates of.  I've decided to sell off some of the duplicates on etsy. I have a lot of vintage mugs and not a lot of storage space.  I'm also dedicating this year to minimizing the amount of stuff I have, so keeping duplicates is not in line with that resolution.